Purchasing or cutting a live Christmas tree brings ambiance into your home during the holiday season. However, some trees may harbor harmful pests that will hitchhike into your home. Every Christmas tree could provide a home for insects, mites, or spiders. Some of these may remain on the tree into winter and could become active after being exposed to the warm temperatures inside the home. Even if they make their way indoors, many will stay on the tree. However, light and warmth will entice some pests to leave their safe haven to find a place to live within your home. Though these occasional invaders could become a nuisance, you can rest assured knowing that none of these pests are hazardous to your home or its occupants. 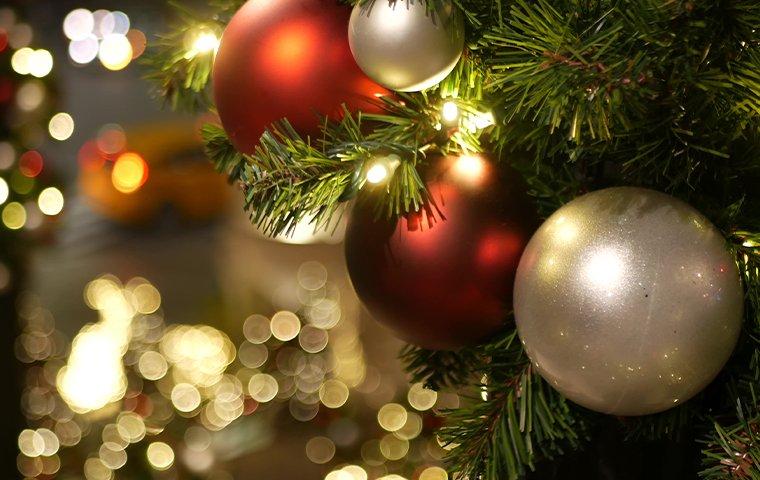 It's best to prevent these pests from getting inside in the first place. Mechanical tree shakers, available at some retail lots, are useful in removing some insects from the trees. Vigorously shaking the tree before bringing it into your home will serve the same purpose and will also remove any loose needles. Bird nests, although considered decorative by some people, may contain bird parasites such as mites and lice. They should be removed by hand if not dislodged by shaking. Lastly, inspect the tree for any insect egg masses and carefully remove them.

If pests do accidentally hitchhike into your home via your Christmas tree, it's best to eliminate these temporary invaders without chemicals. Exercise the following practices if you find yourself experiencing a temporary pest problem:

It is important to remember that these “critters” are normally found outdoors, on live trees. Warm temperatures, low humidity, and lack of appropriate food conditions typical of most homes will usually kill these invaders in a short time.

Critters That May Come Into Your Home For Christmas

For the most part, you do not have to worry about developing a pest problem from your Christmas tree. Occasionally, however, one or more of the following pests may find their way into your home on your tree.

Adelgids: Sometimes a tree (especially white pine) will seem to develop its own “flocking” on twigs and bark. This is probably due to the pine bark adelgid, a tiny, aphid-like, sucking insect that secretes cottony wax filaments over its body. These adelgids are sedentary and do not leave the tree, but the spontaneous “flocking” may be a cause for curiosity or even concern. These adelgids, and the “flocking” they produce, are harmless.

Aphids: Occasionally, aphids will hatch from Christmas trees in sufficient numbers to cause alarm. Most aphids are tiny, inactive, and usually go unnoticed. Aphids of the genus Cinara, however, reach a length of nearly 1/8 inch, making them one of the largest of our native aphids. Most forms, especially those of early generations, are wingless and remain active throughout their lives. If your live Christmas tree remains indoors for an extended period, these aphids may produce offspring, and winged forms may occur.

With their brownish or blackish coloration and long legs, Cinara aphids may be mistaken for small spiders or ticks. Aphids, however, have only six legs, while spiders and ticks have eight. Also, these insects do not produce silk or webs, typical of spiders.

On true firs, balsam twig aphids may occur. This gray-green species is much smaller than the spider-like Cinara aphids found on pines and spruces. Outdoors, their overwintering eggs normally hatch in very early spring; indoors, they may hatch before the Christmas tree is removed. They are less likely to be abundant than Cinara aphids.

All aphids on Christmas trees are host specific which means that they can only survive by feeding on certain plants. Rest assured, they will not feed on your houseplants.

Bark Beetles: Several species of minute, dark brown to black beetles may be found on or near your tree. They may be boring into the trunk or creating small holes that result in very fine sawdust. These are bark beetles that were overwintering in the tree. Although they bore into bark or wood, they are not a threat to any of the furnishings or structural parts of your home; The wood inside the home is too dry for these beetles to survive. When the tree is removed at the end of the holiday season, the bark beetles will again go into dormancy, resuming their normal activity in spring.

Brown Marmorated Stink Bugs: This pest infests many agricultural areas on or near Christmas tree farms. If these insects hitchhike inside a home, the warm temperatures will bring them out of dormancy and they will attempt to escape through doors or windows.  As these insects exude a disagreeable odor, they are best collected with a vacuum cleaner. These occasional invaders are simply a nuisance and will not negatively affect you or your home.

Mites: Many species of predatory mites overwinter as adults and become active when exposed to warm temperatures in the home. They generally remain on the tree, where they may prey on insect and mite eggs. Most of these tiny, light-colored mites will go unnoticed. One type, however, is bright red and rather large. These predatory mites are relatives of chiggers. In the adult state, they are not a threat to people or animals.

Several species of bird parasites may be found in nesting material after birds abandoned their nests. Although these mites are generally not present on the trees in winter, bird nests on the tree should be removed to assure that mites do not accidentally come into the home.

Praying Mantids: These large, showy insects overwinter in egg masses that are frequently attached to conifer limbs. These eggs will begin to hatch after being indoors for several weeks. When this happens, numerous tiny mantids swarm over the tree seeking food. Since they are cannibalistic, they will eat each other if no other food is available.

The popular misconception that these beneficial insects are protected by law may prompt people to attempt to keep praying mantids alive until they can be released outdoors. In fact, mantids are not protected, and keeping them alive in captivity is impossible, given the voracious appetite of a growing mantid. Also, if released outdoors when temperatures warm in early spring, survivors would quickly die, since their life cycle would not be synchronized with their prey.

To avoid a mantids problem, it's best to look for the light tan, walnut-sized, frothy egg masses on the tree before it is taken indoors. Cut out any small twig with an attached egg mass and place it in an evergreen shrub or tree outdoors. In spring, eggs will hatch, and the mantids will have appropriate food available.

Psocids: These insects are sometimes, unfortunately, referred to as “barklice,” a name that is misleading since there is nothing louse-like about them. Psocids are small, winged, soft-bodied insects colored gray or brown. “Barklice” are not parasitic and do not bite. They feed on a variety of materials including fungus, mold, pollen, and dead insects. They can be found outdoors on the bark of many trees, including Christmas trees, but they will quickly die from conditions inside most homes.

Scale Insects: Crawlers of scale species that overwinter in the egg stage may appear on trees kept indoors long enough for eggs to hatch. The most likely candidate is the pine needle scale. If its populations are high, large numbers of red crawlers moving about on the tree may be mistaken for mites, “lice”, or some other tiny insect. You can easily shake or knock these insects from the tree and may be noticeable as tiny, slowly moving red specks. If crushed, they will leave red spots or streaks that can be removed with soapy water.

Pine tortoise scale and striped pine scale will not produce crawlers indoors. Both scales overwinter as immatures and do not have sufficient time to mature and produce offspring on trees kept indoors. If they begin to feed, however, they may excrete small amounts of a clear, sticky liquid known as honeydew.

Spiders: Spiders found on Christmas trees are predators of insects and are not dangerous to people or pets. They are either overwintering species that have become active or spiderlings that have hatched after being exposed to warm temperatures. In most cases, they will remain on the tree and go unnoticed. But, if they venture off, they may weave small webs on walls, ceilings, or furniture. These webs and their inhabitants can be removed easily with a vacuum cleaner or dusting brush. It is important to remember that the spiders brought in with the tree are not indoor species and will die in a short time because of their new, unsuitable environment.

Stinging Insects: Yellow Jackets, hornets, paper wasps, and other stinging insects are predators of insects and in this situation are not dangerous to people or pets. In the fall, the queens for next summer’s broods leave their nests, mate, and overwinter in tree voids or behind tree bark. Any wasp or hornet nest in a tree will not contain live stinging insects.  These nests can be removed easily with a shop vacuum cleaner.

Enjoy Your Holiday Without The Threat Of Occasional Invaders

If you prefer the natural balsam smell that comes with a live Christmas tree, it's best to inspect your tree carefully before bringing it indoors. Shake your tree and look for any nests that may harbor unwanted pests. If you do accidentally introduce pests into your home, the experts at Capital Pests can help. Reach out to us today for any of your pest control questions or needs. We are here to help you celebrate this holiday season without the worry of unwanted invaders.

I have had a termite protection contract with Capital Pest for over 6O years. They pretreated our present home when it was being built 54 years ago, and we have not had termites. In this high infestation area, I believe their methods are effective in preventing termites. 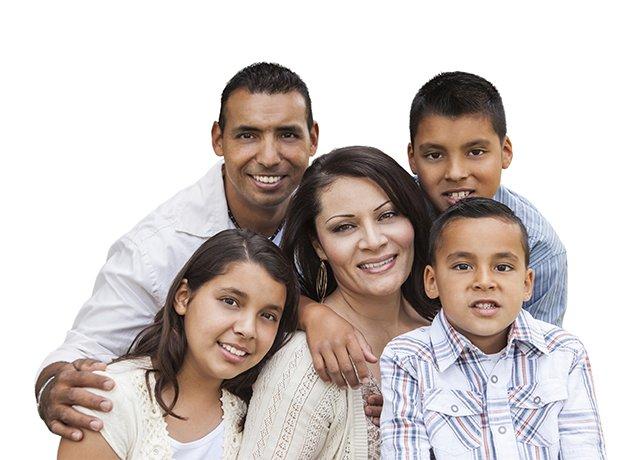 Hired Capital Pest for some rodent issues. They came out, the guy came within the time frame given and treated. I haven’t seen a rodent since. He sealed up at the entry points and explained clearly what he was going to do. Had a great experience. 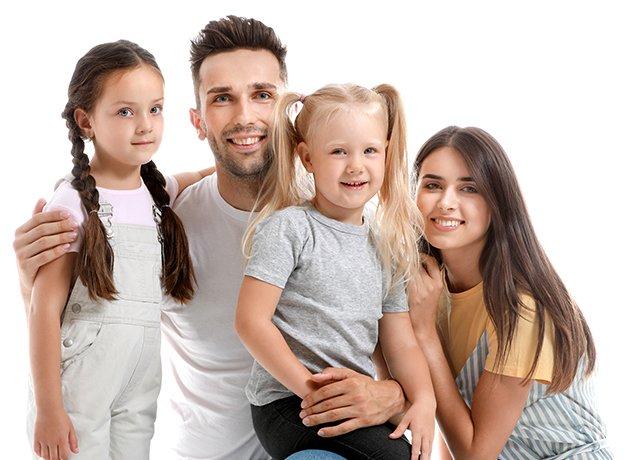